“Are you a tough boss?” asked an interviewer of John L. Weinberg, senior partner and de facto CEO of Goldman Sachs. A former Marine, Weinberg was a blunt-speaking, unabashed, and self-driven man who knew that most of Goldman’s employees sought to work as hard and as wisely as he himself did. During the period of his leadership, Goldman furthered and consolidated its rapid ascent as a global banking powerhouse.

Weinberg answered the question without hesitation. “Oh, tough is easy. Anyone can be tough.” What is really difficult, he explained, was getting a group of workers to perform to their absolute utmost and in coordination with one another. He was right, of course. The challenge facing Weinberg, and many managers, involves establishing an environment in which an already ambitious crew can deliver their best efforts and have those best efforts most advantageously applied. In my years at Goldman, that was our focus — seeking out the most able and appropriate resources within the firm to find solutions for clients and opportunities in the markets.

Weinberg’s interview answer, made while I was a young executive director at the firm, resonated with me. In the following years, as I embarked on investments in other businesses and observed many company cultures and structures, it continually struck me how relatively ineffective the “tough” approach was. Senior managements who demanded much without reason, or without leadership by example, or who used the stick without the carrot in an effort to appear or act tough, accomplished far less than those like Weinberg who realized that acting so was basically the easy way out.

For those not in management but hoping one day to be, the message is clear: Taking on a “tough” demeanor is simply not helpful to your career, and falls into the same distraction category as believing that you must assume a more assertive or aggressive posture in your business dealings with others.

Rather than toughness, I recommend thoughtfulness toward others. It hews much closer to the sharing that you want to be your dominant career activity. Wish people well, from those closest to you to those you do not even know. Ask about their families. Make an effort to remember important things about them (things important to them, not what you think is important.)

Among the praises for Derek Jeter during his farewell tour were the comments from fellow ballplayers telling how when during games against the Yankees they happened to end up on second base, Jeter would come over and ask them how they were doing, bringing up topics specifically personal to them. One opposing ballplayer, accompanied by his wife and young daughter, had met Jeter in the spring. Months later, during the World Series, the ballplayer reached second base against the Yankees. Jeter walked over from his shortstop position. “How is your daughter doing?” he said.

True toughness does exist. It is called discipline. The discipline to identify and cultivate your positive attributes, and then share them as completely as you can, will prepare you to accept and meet larger and larger challenges. That kind of toughness, not one borne of a false demeanor, is the kind that can define you and that will be noticed, respected and ultimately rewarded. 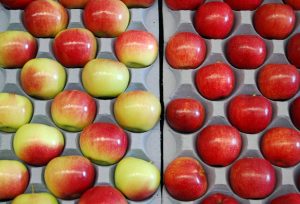